Shana, a native Santa Barbaran, offers over twenty years experience as a teacher with students of all ages.  She is a professional actor as well.  Shana graduated with honors from UCSB with a Bachelor of Fine Arts in Theatrical Performance and a Masters in Education.  After 5 years of teaching the 5th/6th grade class at Open Alternative School, Shana chose to teach acting full time.  Not only did she work for 3½ years as the Dramatic Arts Teacher at Goleta Valley Jr. High (GVJH), she also co-founded Stage Left Productions (SLP) summer camp.  Currently, she teaches performing arts at Crane Country Day School, and directs Stage Left. She has also taught acting in several Santa Barbara County organizations, including Montessori Center School, Open Alternative School, the Music and Arts Conservatory (MAC), Art Works After School Program and Charter School - Home Based Partnership.   She has taught children's theatre for local and international organizations including Alternative Arts Summer Camp, Santa Barbara Civic Light Opera Youth Theatre Project, Celebration for the Arts, Access Theatre, and Gateways, a Japanese company that teaches children English as a Second Language.  Finally, she worked as a Dramatic Arts Consultant for the Santa Barbara School District (GVJH & Dos Pueblos High School being her primary focus).  She is excited to share her love of acting with her students. 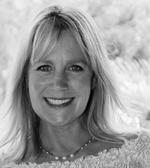 Stage Left Productions is a performing artist training program founded by Shana Lynch Arthurs and Steven Lovelace, both of whom have spent many years teaching and performing in the local community.  Our mission is to provide the highest possible training in the performing arts, while simultaneously focusing on the development of each student’s confidence, self-esteem, respect, emotional growth, and skills working and cooperating with others.  We approach all of our instruction and interaction with students with these goals foremost in our minds.  The Stage Left Productions Team, which includes Shana Lynch Arthurs, Steven Lovelace, Dave Arthurs, Sarah Eglin, Jonathan Mitchell, Q Le and Marley Harris, looks forward to having an enriching summer along with the young performers and techies. 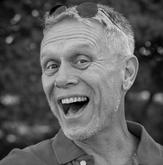 ​Steven Lovelace began his dance career in Kay Fulton’s Santa Barbara City College Dance Department. Since then, he danced with Repertory-West Dance Company, Santa Barbara Dance Theatre, Santa Barbara Civic Light Opera, Bill Evans Dance Company, and Nora Reynolds Dance. Additionally, he has performed in works by such dance luminaries as Remy Charlip, David Parsons, Lucas Hoving, and Tim Wingerd.  Steven has a long history with Santa Barbara’s Summer Solstice Celebration beginning in 1981. He was an Artist-in-Residence 1987-90, Artistic Director 1996-98 and president of the board of directors from 1998-2003.  He performed in three pieces for 2000’s Lit Moon International Theatre Festival: Henry V by William Shakespeare, Diary of a Madman based on a piece by Nicholai Gogol and Eating, Drinking and Telling Lies, based on Chekov’s Three Sisters and created by Eva Magyar of Hungary. The Company also performed in Europe in the summer of 2000 and the Edinburgh Fringe Festival in August 2001.  Steven co-directed Dance Warehouse from 1985-91 and was the Assistant Director of the Santa Barbara Dance Alliance 1986-87.  In Albuquerque, N.M., he directed the jazz and modern dance program for Sandra’s School of Dance from 1991-95. He has taught at Laguna Blanca, Marymount, and San Marcos High School. In January 1999, Steven taught and set a new dance work on the student company of Eastern New Mexico University.  He taught movement and dance at Peabody Charter School for 10 years.  He also teaches beginning through advanced dance at Santa Barbara Dance Arts, and is the co-founder of the non profit Arts Mentorship Program and Stage Left Productions.